"Go and check that woman's identity and the movements at the Ning family's end."

"And Tang...Susu, find someone to keep an eye on her." Spitting the name out of his mouth made Shi Chengxuan feel a little sweet for no reason. He wondered why the Tang family came up with such a name for the girl.

"Her?" Secretary Wu stared at him, and as her head spun, she realized what the boss was thinking.

The boss wasn't convinced that the two car crashes were accidents. Though the biggest suspect might be the Ning family who knew about Shi Chong's illegitimate child, it didn't mean that there were no other possibilities. Even though Tang Susu was not a suspect, she was the only eye-witness to Shi Chong's car accident, and the fact that Special Assistant Zhang had a car accident after coming into contact with her, it was hard not to think about this matter.

"But boss, this Miss Tang usually doesn't even go out." Secretary Wu grimaced.

After Shi Chong's car accident, the Shi family had sent someone to keep an eye on Tang Susu. However, this Tang Susu, who was said to be the eldest daughter of the Tang family, was quite a homely girl who hated to go out. Even if Secretary Wu wanted to investigate, Tang Susu would have to go out and contact people before Secretary Wu had a chance.

"If she doesn't go out, then give her a reason to do so." Shi Chengxuan spoke softly.

Walking out of the conference room, Secretary Wu suddenly clasped her hands together and realized that she just got an idea.

The following day, Tang Susu received a notice for an interview from the Dijiang Group.

Tang Susu originally thought that after tearing off with the Tang family, she might have to stay jobless at home until the end, but now she got the chance. She only hesitated for a second then agreed, without having any time to delve into the matter of how she received the interview notice when she didn't even send her resume to the Dijiang Group.

Finally, a company asked her for an interview. She didn’t care whether the company wanted or not to return the favor, it's good as long as someone was willing to take her in.

She forcibly held Gou Dan in the living room for a round of dance and successfully turned it around while her eyes were glittering with excitement. After expressing her excitement, she bounced to her room to go through the clothes for tomorrow's interview.

The interview process was very simple. Yesterday, she stayed up all night to prepare by searching the information about the Dijiang Group. However, they didn’t ask about it and just casually put some questions about her university major. Even with asking the salary requirements, it didn’t take ten minutes to complete the whole process.

After that, two interviewers with a smile announced that she was hired, and she could not resist blushing with the thought of walking through this back door.

Therefore, her first job as an assistant was to go to the hospital to take care of her boss. If her boss couldn’t wake up, then she might become the first assistant to lose her job because of the death of her boss.

Fortunately, going to the hospital to take care of the sick could be counted as a business trip, so she would get an extra allowance. Since she could get extra money by taking care of the patient, her heart eased down and her worries flew away.

In case she couldn’t cope with work on the first day, the company arranged a secretary named Wu to bring her to familiarize herself with the environment.

Their destination, the Guowen Hospital was a famous private hospital in Fenglin City. It had a very good environment, strong medical strength, and of course, with good prices.

Tang Susu followed Secretary Wu into the intensive care unit. There were already two middle-aged women, and a young woman in her early twenties, wearing a professional suit and exquisite makeup in the ward.

Upon seeing Secretary Wu entering the ward, one of the middle-aged women, who was slightly shorter and had curly hair, seemed to have breathed a sigh of relief, "Secretary Wu, you're here."

"Mrs. Shi, she is the personal assistant, specially hired by the president to take care of the general manager during his hospitalization." Secretary Wu nodded slightly towards the woman and sidled over, introducing her to Tang Susu.

"Assistant?" The middle-aged woman known as Mrs. Shi swept her eyes at Tang Susu, her eyebrows furrowed slightly. She said unhappily, "Xiao Chong is like this, where does he need an assistant!"

As soon as she finished speaking, the tall middle-aged woman beside her, who wore a light green cheongsam and was with a resemblance of seven points similar to that young woman, uttered, "I have to say, it's good time to hire an assistant to keep an eye on the hospital. Otherwise, who knows if there will be any cats and dogs coming over with a big belly to acknowledge the relatives."

As soon as this came out, Mrs. Shi's face turned ugly, and she couldn't help but think of the farce that happened yesterday.

Her son was unconscious from a car accident, and the woman he was raising outside also became restless. Therefore, she didn't know whom that woman heard the news from and came running to the hospital with a big belly. As a result, she bumped into the future in-laws who had also come to visit him.

Although it was a business marriage and the two families didn't expect the couple to get along well in the future. However, the problem became more serious when the Shi family got an illegitimate child even before the marriage.

Originally, if her son was all right, Mrs. Shi would never let a woman who couldn’t be seen by the outsiders and got pregnant out of wedlock, come forward. However, the doctor couldn't guarantee whether her son would wake up. The child in that woman's stomach might be the only bloodline of her son, so she had to protect that woman first.

As a result, the two families who had a good relationship were about to be torn apart when they saw each other.

Secretary Wu had no intention of intervening in the conflict between the two sides and did not take the Shi family's first lady's rejection to heart. She explained to Tang Susu what should be paid attention to. According to the secretary, Tang Susu represented the company and had to pay attention to the life safety of the general manager on behalf of the company. And Tang Susu had to report to the company of the matters concerning the life of the General Manager.

A special nurse was arranged to take care of the patient and the rest, so it had nothing to do with her.

Although Tang Susu felt that she was a bit useless and wasn’t required here. However, since someone was willing to spend money, she would naturally not refuse such a good job.

Although Madam Ning was furious, in the end, she didn't say anything in the presence of an outsider. She carried her small bag and snorted towards Madam Shi before turning to her daughter, "Yan Yan, let's go."

As Shi Chong's fiancée, Ning Yan did not immediately leave with her mother, but instead hesitantly looked at the unconscious Shi Chong on the bed.

"What's there to see? If you don't leave, are you going to wait to see that third person later!" As soon as Madam Ning saw her daughter's expression, her anger slightly quieted down and calmly chided her daughter.

Before Ning Yan could reply, a slightly hoarse voice could be heard coming from outside, "Lady Ning is a highly educated person. Don't you know that slander is against the law? Chong ge and I are in a proper relationship. We have been together for two years. It is right to say that the third person in this relationship is your daughter." 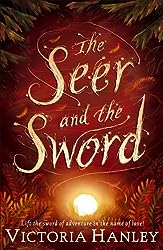 As the voice dropped, the person also appeared outside the ward. A woman in her twenties, wearing a black chiffon dress with her long hair braided and hanging down on her right side, calmly stood at the door of the room. The end of her hair braid was adorned with a string of bell orchids carved from white jade.

Obviously, it was a perfectly simple outfit. However, even when she wore light makeup, she still looked gorgeous, so it was really hard to ignore her.

This person was Shen Xiaoyue, who had caused the two families; Shi and Ning to tear their faces apart.