Shen Xiangwan squeezed her hand, signaling her not to panic. They both turned around together and came to a dark corner before Shen Xiangwan softly asked in a low voice, "What's going on? I’m listening, just tell me about it slowly."

Ru Yue was slightly at ease when she heard that, she didn’t sound panicked anymore, but on the contrary, she felt calm. ‘Miss has such a wonderful effect, as long as she doesn't panic, the others won't be flustered either.’

"Didn't you earlier say to let people keep an eye on Mama’s side? This afternoon, Hongfeng brought her two meals and went in, and soon the second lady also went to Mama’s courtyard. Mama Liu’s specifics are unclear, but the second lady seems to be very angry. She is investigating and reviewing the shortcomings of Deputy Steward Lin and the others. She took a few upright servants to cane some small servants."

"Don’t worry. Just wait a moment. It's useless for us to rush now. If there's good news, I think Mama Liu will send a note to me. Moreover...the people in trouble outside now are all Deputy Steward Lin's people, which means that this battle between the Stewards is almost won by Mama Liu. It’s just that I'm worried about her health."

After listening to her detailed analysis, Ru Yue felt relieved.

"I’m glad that I told you, I feel much more relaxed now. My heart was in a panic before as I was afraid that something bad would happen. I can’t do anything when I’m scared and flustered. Now that I am a little at ease, I’m going to work first then I’ll further enquire."

"You ah, why are you anxious and suffering so much? Go." Shen Xiangwan poked her, and the two of them walked separately in secret.

That night, Shen Xiangwan couldn't sleep much. To say that she was neither flustered nor worried was not the possible answer. After all, all bets were placed on Mama Liu. At this moment, she wanted to know the outcome more than anyone else, but as long as Mama Liu didn't die, that meant they were betting on the right thing. But who wouldn’t be curious to know the ending?

The people in the house seemed to have also sensed the storm, so they were doing things very attentively. They all were very eager to grow another leg and hand so that they could do more work in front of the masters and get their favor.

Shen Xiangwan was now mainly serving the few stewards and some high ranked maids in the concubine’s courtyard by telling some jokes and waiting on them.

There weren’t many chances and times when she could often serve Concubine Mei properly.

Whenever the concubine remembered her, she'd summon her. Shen Xiangwan would just sing a little song for the concubine and pretend to be a small child. Or, sometimes she could have the chance to comb the concubine’s hair. The rest all was done by the first class maids and the nannies together.

As the concubine who had given birth to a son, she had two first-class maids, two mamas, and nannies. Along with these, she also had four second-class maids, and four other servants like Shen Xiangwan were errand runners and menial class workers in the courtyard. It could be seen the Hou’s Mansion was so extensive and grand that even a neglected concubine in a row was also living very decently.

The only problem was that if Concubine Mei wanted to see the Young Master Ming, she had to go to the Main Wife’s courtyard.

The children of concubines were usually raised under the name of the main mother.

However, after the Master's former wife committed suicide, Master turned cold and hard-hearted, and the position of the Main Wife was still vacant. Therefore, the Master's children were all raised in Second Wife, Madame Ping's courtyard. This was because Concubine Ping had a good family background, and the Master needed a woman that could educate his children. And so, Concubine Ping’s position became superior in the backyard of the mansion.

Concubine Mei, who was idle and had nothing else to do, was summoning Shen Xiangwan a little more these days. Three days after the sudden storm and change of power in the mansion, early in the morning, the concubine summoned her to sing a little song. The concubine watched her singing while she was served breakfast.

As the concubine was eating, she suddenly hugged Shen Xiangwan to her bosom, and tears appeared in her eyes, "Ming’er..."

Dropping her head, Shen Xiangwan slowly raised her hand to gently embrace her, "Concubine, are you missing young master Qingming?"

"Ming’er, let this concubine hug you!"

Tears of yearning continued to drip down her tender neck, but Shen Xiangwan still kept her small body upright, allowing the concubine to hug her in sadness.

her emotions and released her. Flustered, she frantically wiped her tears, "Girl, I just..."

"Just now sand entered the Concubine’s eye and you had to squint your eyes, so you asked this servant girl to give you a blow." Shen Xiangwan said innocently, with a smile that was pure and warm enough to even melt ice and snow.

Concubine Mei quietly nodded her head, "Yeah, as a child your eyes are pretty good. It's a bummer that this weather isn't getting any better recently, so I can’t help but feel a little taut lately."

Shen Xiangwan smiled and cleverly handed her some fresh fruits, "Concubine please eat some fruits. They are just freshly brought up from the village. They are delicious, and you’ll feel relaxed after eating them.

It was just that today's Shen Xiangwan, although serving Concubine Mei, her eyes from time to time were glancing outside the courtyard.

Shen Xiangwan hadn’t seen Han Xiao until now, and as Concubine Mei's first-class maid, such a thing shouldn’t be reasonable.

It could be seen that it was also because of what happened to Mama Liu a few days ago, as Han Xiao must be now still asking for the news related to this outside. These people all seemed to be in charge of similar things in the same house as Mama Liu.

But for these concubines, the power of the stewards was actually a little greater. It wouldn’t be an exaggeration to say that the women in-charge of this backyard were in-charge of the lives of the women living in the backyard.

"Concubine, concubine, there is a big news."

Just at this moment, Hanxiao hurriedly ran in and lowered her voice to make an urgent report as soon as she arrived at Concubine Mei's side.

Concubine Mei raised her hand, and Shen Xiangwan hurried forward to help her up.

"How was it?" Aunt Mei asked anxiously.

With a bright smile and sweat on her face, Han Xiao began to narrate the wonderful drama of last night.

"Wasn’t the mansion had been in a lot of turmoil a few days ago? I secretly asked around, only to find out that the second madam went to the courtyard of the former Head Steward Mama Liu. Then she soon became furious and began to investigate some of the staff of Deputy Steward Lin.

In the end, a lot of filthy events came to light. To this day, Deputy Steward Lin and her group of people have all been reprimanded and beaten by boards.

Then Mama Liu, who looked like she was about to die, miraculously healed.

Early this morning, she took a few old people with her and went in and out of the second madam’s courtyard while instructing the various personnel to do things."

Shen Xiangwan was so relieved to hear that. Fortunately, it was obvious that Mama Liu had won this round. The only question was, how did she miraculously get better? Was it true?

Suddenly, Shen Xiangwan thought of the time when she was leaving the courtyard after work, Mama Liu had instructed her to call the only family physician in the mansion.

Needless to say, this granny must have used some strong medicine to get better in the nick of time. Or perhaps...earlier, Mama Liu had been pretending to be weak and was recuperating in silence.

Regardless of how, this time, she took a risk and played her bet on Mama Liu and won it. For this reason, she was also secretly relieved.

"It seems that Mama Liu won the game. I knew, with that old woman's shrewdness, how could she go down so easily. Deputy manager Lin and others still can't keep their patience. They thought they got the power, but they were ruined in the end. Han Xiao, prepare a generous gift, and you'll go to visit Steward Liu right now. "

But Han Xiao glanced at Shen Xiangwan with a smile, "Auntie, this little fat girl should be in charge of this matter. I heard that some time ago, she was the one who diligently waited on Steward Liu. As soon as she left, the Head Steward Liu and Deputy Steward Lin have torn apart, so it is evident that she is really a fortunate person."

These words secretly conveyed too much. Concubine Mei was such a keen person that she could smell it as soon as she heard this.

"Right, girl ah, you quickly go and have a look. What's more, you are more familiar with Steward Liu. I would also like you to say a few words in favor of this concubine. "

Shen Xiangwan obediently bowed with a good and sweet smile, "This servant girl will take care of the errand."

"Well, you hurry up and go quickly."

After receiving the order, Shen Xiangwan followed Han Xiao to pick out gifts. The senior servant girls like them take care of things like gifts in the concubine’s courtyard. 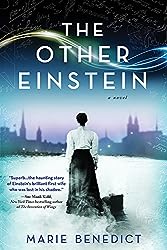 Han Xiao just wanted to take some random playthings in the big box at will. But in the end, she took out a red box and solemnly entrusted it to her.......