Chapter 7: You Are the Light in My Darkness

Shen Xiangwan turned back. She looked at the bracelet of beads on the little child’s wrist and her pupils slightly dilated. Under the sunlight, the beads in the small child’s hand emitted a dazzling red. The white jade beads inlaid with the dark red were smooth and bright, and anyone who was slightly knowledgeable would know that these wrist beads were not ordinary.

Little boy’s eyes looked sadly into the distance, where Shen Xiangwan had rescued him today.

His lips moved, but he only made a whimpering sound.

Without another word, Shen Xiangwan came forward to jerk the beads from his hands. At the moment it was removed from his hands, the child reflexively reached out and grabbed the bracelet.

However, upon receiving the mockery that was slowly spreading out from Shen Xiangwan’s dark pupils, he curled back his fingers and retracted his small hand before slowly saying in a low voice, "You... take it away."

And with that, the small child turned around and walked towards the house. Finally, he walked faster and faster, as if he was afraid someone would drag him back from behind.

Shen Xiangwan slowly clutched the wrist beads in her hands.

Even if the bracelet had just been removed from the wrist of the little child, the beads were still refreshing and chilling to the bone.

The beads belonging to the small child suddenly turned heavy in her hand.

Every bead was crystal clear. By just fondling it, one would feel calm and peaceful.

She didn’t have to think much about it's value, because the effect of this string of beads seemed extremely extraordinary.

As for the material, even Shen Xiangwan couldn't recognize it.

After muttering, Shen Xiangwan turned around with a heavy heart and went to find Steward Li, who was in charge of the new errand servants.

When she arrived, Steward Li was enjoying the attentive service of the young servants in the courtyard.

A seven or eight-year-old child's hands became unsteady and the tea shook slightly. Seeing this, Steward Li smiled and kicked the child hard to the floor. Turning around, he hugged and kissed another little child who was nestling in his bosom, “See, this is what happens to the unmotivated and unprogressive slaves." That little child’s face turned white due to fear, and Steward Li took the opportunity to touch the child again in an indecent manner.

The pitiful child on the ground convulsed for a long time before barely managing to get up and kneel on the ground. The poor child constantly kowtowed and begged for mercy....

Shen Xiangwan ignored all of this and presented the string of wrist beads in Steward Li’s hand with a smile.

"Uncle Li is a blessed man. The mistresses and madam of the mansion all praise you for being a senior. Even the mamas and other maid sisters, all sing your praises saying that you are the most righteous, and the promising and blessed person."

Steward Li looked extremely kind and amiable. He smiled and took the string of wrist beads.

"It's a good thing. As a little slave, you've only been here for a short time, and you've already been rewarded with such a gift. I guess you’ve got a great opportunity to strike."

"Haha... It's all because of Steward Li's blessing. If it wasn't for the chance to coincidentally meet you earlier, how could this servant girl have come by such a blessing? Since it's because of the steward's blessing, it's only good that I should give this fortune back to the steward."

This time, Li Jia was really happy to hear it.

He reached out his hand to touch Shen Xiangwan’s little head then pinched her chubby face. His eyes swept under her chin with a trace of interest… “Say, what do you want to ask Uncle Li for? Seeing that you're a pleasant little fatty, Uncle Li will make an exception today to accommodate you." His fat, shrewd eyes narrowed slightly, making Shen Xiangwan’s heart tremble. But still, she forced herself to play up a hippy smile.

"The thing is, actually, these beads are not mine... I lied to Uncle Li about this. It belonged to a girl who always stays against me. She has a younger brother who works as an errand boy under you. It seems like he is born with a weak body, so..."

When she mentioned that, Steward Li instantly knew who she was talking about.

"Ah! You mean that sick and weak newcomer. I also sought to get rid of him if he doesn't work in the next few days. Since you brought a favor to ask for, I’ll look for the sake of you being a good girl. It’s just..."

He stopped talking and only stared at Shen Xiangwan.

"I would like to ask Uncle Li to arrange him for a certain unfavorable and extremely unremarkable young master's courtyard. The girl who is always against me has said that as long as that boy's life is preserved, she has no side request."

Li Jia looked at the wrist beads in his hand and thought again.

It was indeed a string of good beads.

Shen Xiangwan spoke again, "Arrange him to a young master who is not easily disturbed and is extremely overlooked..."

Steward Li laughed. Waving his hand, he said, "Yatou! You go back. Uncle Li has his own arrangements."

Listening to him, Shen Xiangwan smiled and flattered him with some more good words. At the same moment, she intentionally or unintentionally said that she had severely extorted a huge sum from that bad girl this time....

When Shen Xiangwan depicted and talked about that girl by changing various expressions, Steward Li laughed out loud.

Only after Shen Xiangwan got up and left, did Steward Li restrained his laughter, "To be a little interesting little girl, I'd like to see how far you can go." This girl and that Yue’er girl who just came in, are not stupid at a glance. For clever and sensible talents, he would still give a few favors.

He looked at the wrist bead in his hand. The more he studied it in detail, the more he felt that it was extraordinary, and he was a little moved again. "Someone, call the newcomer for me. What’s that child called? Yeah, call the child named Quanzi to this steward."

At night, Shen Xiangwan frowned and went to the Mingxie Court with a little piece of meat and a package in her bosom.

Xiao Jiu (Little nine) stayed alone in the dark room with his eyes closed. He was trying to ignore the sharp sounds of the rats gnawing on wood. It all made him think as if they were gnawing on the bones like before.

But no matter how much he covered his ears, these ear-piercing sounds still kept coming.

The sound of rats’ teeth gnawing reminded him of his mama granny who loved him the most before. She died without being buried and many rats were lying on her body, constantly gnawing on her flesh and bone all the time…

He shrieked and swatted at them, and one of the rats scurried to his feet in fright.

Xiao Jiu got frightened and tried to run out barefoot, but tripped over an unknown object on the ground.

The skinny little boy was frantically clawed at the ground while trying to grab the last straw.

A hand held him up at that moment, "What are you afraid of?"

The steady and slightly cold voice sounded and he quickly calmed down.

Xiao Jiu looked up while gasping for air and allowed her to help him up.

Shen Xiangwan swept a glance at the rats that were still fleeing around as well as the filth in the room.

She frowned and sighed, thinking in her heart that this was really a poor and pathetic young master. Who would have guessed he was so miserable in this big mansion.

‘It’s no wonder people said that a downtrodden master was even worse than a slave. In a large household, someone like the Ninth young master would never be the only one.’

"Wash your hands and clean up your body. These are only some little things. The more you fear them, the more they would jump and gnaw fiercely. People are better to be not deceived by rats as only when the people are strong, the enemy retreats."

Xiao Jiu dazedly looked at her, and the bright big eyes hidden under the locks of unruly hair suddenly showed a trace of anger. Shen Xiangwan secretly breathed a sigh of relief when she saw this outcome. Although the child would only speak a few words, he was not stupid.

Then Shen Xiangwan carefully wiped his fingers clean one by one. Only after that, she took out some of the hidden food from her bosom.

Xiao Jiu happily received the food and bit into it crazily. Looking at his embarrassing posture of eating, it wasn't hard to guess that he hadn’t eaten enough these days.

After Xiao Jiu finished eating, Shen Xiangwan began to clean his body for him. She untied his clothes and cleaned his small skinny body.

However, she found that the thin body not only had old scars, but there were also bruises and blue swelling marks covering his whole body. When her fingers landed on him, the little one trembled a little.

Shen Xiangwan secretly clutched her chubby hands. She lowered the pressure and began to rub gently and clean his body. 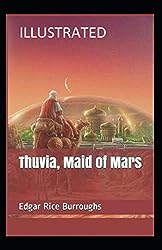 The little one's head, little by little, slowly leaned into her shoulder and let out uniform breathing...

Looking at his sweet and quiet sleeping face, Shen Xiangwan’s eyes turned cold, and she suddenly reached out to rub his face hard...