Chapter 1: The sweet and chubby girl

Early in the morning, there was an endless stream of yelling and shouting on the Southern Dam of the Dong Hui City.

This place was famous for its slave market. All the customers in need of some servants and lackeys would come here to take a look. What’s more, because Dong Hui City was famous for getting trained lackeys, it was a place where the slave business was almost at the peak in the country.

Several carriages were parked in the middle of the official road. The beaming brokers, who had not yet attracted their clients, stared energetically at the dark carriage made of incense wood. Just by the wood of this carriage, an experienced person would be able to tell that the people in this carriage were either rich or noble.

“This official’s family is here to pick slaves for the back house. I heard that some well-renowned people of the city are also here among these slaves, and there are even some ladies from the government families that are well nurtured since childhood.”

Before the people in the carriage came out, a loud voice sounded behind the beaming people.

Listening to this loud voice, the original excitement of the crowd was immediately dimmed down as the person of this loud voice cried out, “I can’t believe that the broker lady Ma is here again. With her here, how can we still have any business?” The Ma broker was the most gregarious broker lady in the area, as she would be the first to know about any family with good slaves. (T/N: broker lady - yápó )

Moreover, the business dealings with the major officials were even more frequent. If a family had a lawsuit or just wanted to send out a person, this woman was always the first to know. So, the ordinary people couldn’t steal her family’s business at all.

The parked carriage shook a little. A scent of ying xiang incense wafted out of the carriage, and the bead curtain was finally lifted.

Accompanied by the light and crisp sound of the Huan Pei, a shoe embroidered with plum blossoms and encrusted with jewels stepped out of the carriage.

The noble son who came out of the carriage was about ten years old. He slightly raised his phoenix eyes and after looking around for a while, his clear eyes slightly lit up with a little interest.

After he jumped down, a few beautiful well-bred girls also followed him out of the carriage. Each one of them was as beautiful and elegant as if they had walked out of the painting. They were lofty, full of rich style and prideful. After looking at them, a discerning person would know that they were slaves that could only be trained by an aristocratic family.

These girls, one by one, stood behind the young boy with their smiling eyes. They were all looking at the boy with affection, yet they still looked graceful, dignified, and elegant. If these pretty little girls were not dressed up in maid’s costumes and would come out at random, they would make people think that these all were the young miss of some big family. Due to the arrival of this group of people, the noise of the entire slave market couldn’t help but become much quieter.

The little man who was around ten years old looked around, and his thin lips hooked out a wicked, evil smile. He was really a good looking and outstanding guy among his peers, but that pair of long phoenix eyes were sweeping over the young girls who stood nearby the brokers. With this attitude at his young age, he really looked like a little dandy.

To the left, a few pretty young girls were standing side by side.

The young man’s burning eyes seemed to be glued to the faces of these girls. And when he looked at the pretty ones, he would slurp a couple of times and then wave his fan excitedly while saying, “This one is good ah, that one is not bad either.”

Just by the pointing of his fan, several girls of different ages were picked in. Beside him, a slightly older boy would flatter him from time to time by watching him pick one out, “Young master has good eyesight, young master really knows to pick people out…”

“Hey, there are still some little girls here!” To the right, quite a few young girls were standing quietly in the middle of the crowd. Although this group of people was also servants, yet they all looked very clean and well-bred. The lady who shouted earlier in a louder voice came up to him with a sly smile and said, “This gentleman, I’ve gathered all these slaves from all over the places, just for you noble people. Look! These people are so neat and tidy, and look different from the other slaves. I’m not bragging. These slaves are the neatest and most pleasing to the eyes in this whole market. And in terms of training, if I were to be second, no one would dare to come first.”

Even if it was a crafty smile, people had to admit at this point that this lady’s words were not meaningless. After all, the people were already in front, yet they couldn’t find any faults in them even if they were picky.

In this crowd, two young girls seemed to be only seven or eight years old. Among them, one girl with a round and pretty face with her exceptionally bright and black eyes was particularly eye-catching.

When that young master was picking someone, the little girl even smiled at him sweetly.

Originally her round face was quite beautiful. But with this smile, two pretty dimples, as deep as they could hold wine, appeared on her cheeks.

What’s more, because of the smile, the pair of black and bright eyes became curved, elongated, and slightly crinkled at the corners. And because of her sweet and innocent smile, her whole face became vivid and lively. It was as if at this moment, the whole world’s brightness was sprinkled over the little girl’s face.

‘Jubilant, well-behaved, easy to bully and also easy to raise! A good-natured girl!’

When the picky Ouyang Qingming looked at this little chubby girl, he had only left with these impressions.

“You, the little fatty with vibrant eyes, come to the young master.”

That little girl looked at him with an even more vibrant and clear smile. She didn’t seem to feel the sadness of being a slave.

“This handsome gentleman, did you call for Wan’er?”

The little girl’s voice was brittle and bright, and when she ran over, her little chubby arms were also flailing along with her body. Although the little girl’s face was round and chubby, her facial features still looked very beautiful. A pair of clear and translucent eyes made people want to taint them with some colors.

As she approached, the young man stretched out his hand to touch her little face without any consideration.

“Yo yo, this little fatty feels really good to touch. Let me feel it and see if it weighs enough!”

Not far away, someone laughed obscenely.

Someone even chuckled and said, “Actually, some of the girls do have a different flavor when they play.”

A demure and graceful middle-aged woman also stood among this group of slaves. Her eyes were chasing the little girl, showing a wisp of helplessness and a little concern. Eventually, she again hung her head down, clenched her fists and stood quietly among the crowd.

“Young master, do you want to pick Wan’er? Wan’er can do many other things besides eating.”

The little girl continued to raise her sweet smile, not shying away from the noble son’s hand rubbing her little chubby face.

“Right, I've already picked you up.”

In the crowd, the middle-aged woman’s body all trembled by looking at his…..somewhat indecent action.

“Little Fatty…” Not far away, an unpleasant voice harrumphed coldly, drawing the young man’s attention once again. When he got a good look at the little girl’s fine, delicate face, his and the eyes of the group of the girls accompanying him lit up again.

“Hey, this girl is also not bad. When she grows up, she will definitely be a beauty. Our house just needs such a girl.”

“I didn’t expect that the young girls at this place are really good looking. Remarkably, our young master really finalized a person for us this time.” Standing behind the young man, Huanxiao whispered softly with a smile.

“Is it? No, our young master is a real man, she is going to rob us servants of our jobs.”

“If our young master wants to snatch our work, so as a servant, let’s be servile. If you make too much sound, you’ll be disciplined for it. What do you do when you choke on these voices?” Ruyi rebuked her in a low voice and smiled at her. Hearing her, the other maid almost spitted out her tongue in fright and then stood obediently among the crowd.

“This girl is good looking, too. And this, it looks like she will also be a pretty woman.”

In this short period of time, out of this group of people, there were only some old or weak slaves that remained standing in the wind. On the field, an old man and a skinny boy looked particularly conspicuous. Although the boy tried to straighten his waist and stand upright, his pale face with blue tendons stretching out still made people think that the child was not in good health.

“Alright, that’s all.” Ouyang Qingming glanced at the people he had picked up. With the number of new minions to be added to the house, these people were just about right.

“This handsome young master, can Wan’er take a person along with her? Don’t worry, he doesn’t want your wages. This girl will work hard to pay back his ransom silver. All I ask the young master is to take him away.”

“Young master? It’s not right!” With a smile, the pageboy softly admonished.

As a slave, the most taboo thing was to drag their family along with them. This little girl was going to bring someone into the house as if the house was a courtyard of exiles. He thought, setting this precedent, if the other servants in the mansion also started to break the rules, what would happen to the mansion. 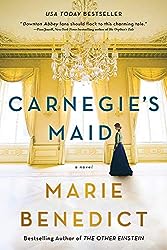 After saying that, the little girl kowtowed and banged her forehead on the ground. When she looked up again, a red mark materialized on her smooth forehead, and a line of tears appeared in her big, black grape-like eyes...