Zhuo Yingjing was completely stunned, her eyes involuntarily turned to look at the teenager's legs.

For a moment, she felt that Pei Chuan was playing a prank, taking pleasure in teasing girls as all teenage adolescents did.

"Do you think I'm kidding?" Pei Chuan lowered his voice and said in a cold tone, "I had my calf amputated at the age of four, and now I only have two stumps fitted with prosthetic legs. Do you want to take a look?"

Zhuo Yingjing's hands were shaking as she cleaned the window. She stood outside the balcony, watching Pei Chuan through the clear window glass.

The young boy bent over, holding a mop he was mopping the floor with everyone else.

The classroom was dusty, but his face was expressionless, unlike the other students who were generally playing around while sweeping the floor. He repeated the monotonous action quietly as if those radical and malicious words just now were not his own words, but her own imagination. Zhuo Yingjing felt absurd and awful.

She finished cleaning the window with a pale-white face but finally lost it. She wanted to verify if this was a bad joke.

Zhuo Yingjing pulled a female classmate who had gone to the toilet and asked in a low voice, "You know Pei Chuan in our class, his legs...."

Zhuo Yingjing was struck by lightning. She could never have imagined that the indifferent and cool boy had such a horrific disability.

There was a basketball court on the road out of the junior high school campus. As Pei Chuan walked past with his backpack, a basketball flew straight at him.

He raised his hand and caught the ball that almost hit him.

The teenagers over there were in a cold sweat, and one teenager who picked up the ball said, "Sorry sorry sorry! We didn't mean it. Are you okay?"

"You're really quick and good at it, let's play ball together sometime."

Pei Chuan heard such a compliment for the first time and found it ironic and funny. He didn't reply and turned out of the basketball court with his bag on his back.

In fact, he didn't expect that the thing he minded the most would one day be said so radically by himself. However, Pei Chuan was much calmer than he thought. He could almost guess the mental journey of Zhuo Yingjing, who would go to seek confirmation from the other students and then would gradually alienate herself.

If it was serious...

If it was serious, she would go and ask the teacher for a new table.

Rounding the winding path were a few pomegranate plants. They were past their flowering period and had a few withering stems in the autumn.

In the depths of the flowers, Bei Yao sat on the rock with her knees hugging the school bag in her arms.

She was wearing her red and white school uniform. As soon as she saw Pei Chuan passing by, she hurriedly followed him.

She hugged her school bag, "I didn't understand the last math problem Teacher Qin taught today. Do you know how to do it?"

He was silent and unblinkingly said, "No."

"Then I'll go back and practice it. I'll tell you when I understand it, okay?"

She bit her lip and couldn't hold back her laughter, "Pei Chuan, you can change your name to 'Pei Unhappy'."

Pei Chuan was so annoyed that he couldn't tell what he was angry about. Even to him, it seemed childish and uncalled for. "Pei Unhappy" looked at her with a cold face and dark eyes.

(T/N: The nine linked rings puzzle (jiulianhuan 九连环) also called the Chinese rings puzzle is perhaps China’s greatest mechanical puzzle. Its objective is to disentangle the long loop from all nine rings, and the solution takes 341 moves, so lots of patience is required.)

She bowed her head and took out an exquisite Nine linked rings puzzle from her school bag, which Bei Licai had bought for her. Bei Yao hadn't been willing to play with it as it was difficult to unravel.

She laughed and shook the Nine linked rings puzzle, it jingled and rang.

Pei Chuan received it with a cold face, and in her amazed gaze, he untied it one ring at a time. The whole Nine linked rings puzzle was untied in just two minutes.

Then he shoved it back into her hands and walked forward without saying a word.

Bei Yao held the neatly untied nine links. She was stunned for a moment and then followed him. The autumn wind blew the young girl’s black hair, and as she walked, she bowed her head while messing up with the nine links.

Bei Yao tried to untangle them herself, but she couldn't solve it.

Bei Yao was not angry at his indifference. She walked beside him while softly humming a song. She was singing the new album "My Pride" from 2003 by Joey Yung.

"Pride in your eyes

Rewrite the rest of my life..."

Bei Yao's voice was light and soft, and she sang beautifully.

Pei Chuan slowed down his pace and walked alongside her. The young girl's footsteps were brisk. Even though it was autumn, she carried the gentleness and vigor of spring.

"Pei Chuan, do you think the Chinese teacher is pretty?"

"Oh." Bei Yao was a little disappointed. The Chinese teacher was a pure and charming woman. In Bei Yao's memory, she also had the same demeanor and appearance when she lost weight in the second year of junior high. Then in the future, Pei Chuan would think that she was also not good looking.

He pursed his lips.

"That new puppy at Grandma Zhou's house keeps barking when it sees me. I'm scared to go home these days."

Pei Chuan suddenly turned and looked down at her. He said word for word, "So, my role is to chase the dog away for you."

Her almond eyes reflected his appearance at the moment, then those eyes slowly curved up and looked like the most touching peach color that had ever appeared in the world, "No, when you're there, I'll not be afraid. And if it rushes over, then I'll protect you."

The bulging balloon in his heart seemed to suddenly have been pricked by a needle and deflated.

Arriving home, she hesitantly asked him, "Pei Chuan, are we reconciled?"

Bei Yao understood what he meant and laughed happily.

Pei Chuan felt particularly frustrated. It was obvious that he did not intend to forgive Bei Yao so easily, but somehow they made up again.

Zhuo Yingjing went to the teacher to ask for a new seat. She fidgeted and didn't dare to say the reason, so the seat didn't change in the end.

In the spring of the first semester of junior high school, an important event happened for the children in the community - Fang Minjun's family had bought a house in the center of the city. Their family would be moving out of the neighborhood after the New Year, exactly as Bei Yao remembered it. Fang Minjun's family would gradually become rich because the house prices would rise in the upcoming two years.

A large group of teenagers reluctantly watched Fang Minjun get on a motorcycle. Bei Yao also went to see her off.

First-year Bei Yao was not yet very tall, so she could only stand at the back of the crowd. She saved up a month's pocket money and bought Fang Minjun a little bunny coin purse.

The proud Fang Minjun received everyone's gifts, then nodded with her raised chin.

Pei Chuan watched coldly from a distance, and he seemed to be out of place with them. He knew that Bei Yao had saved up a month’s pocket money to buy that purse and hadn't bought even a candy or any bottle of drink in the whole month.

Bei Yao vigorously waved her hand, "Minmin, you have to come back to play!"

Fang Minjun looked at the young teenagers behind her. In addition to the joy of moving into a new home, there was finally a bit of melancholy. She squeezed her coin purse and looked at Bei Yao with a complicated expression. Fang Minjun and Bei Yao had been compared for more than ten years. She didn't like Bei Yao, but there was no way to hate her either.

Bei Yao was like a soft little moon, without a trace of sharp edges.

However, looking at the features of Bei Yao's delicate but baby-fat face, Fang Minjun's heart almost subconsciously felt a sense of crisis.

The current Bei Yao looked like a cute and goofy child. What if one day she turned into a beautiful young girl? Then the only thing by which she could compare to Bei Yao would be gone.

"It's okay, I'm still in the same school as you guys." Fang Minjun waved her hand, got on the vehicle, and left.

At the end of spring, Chen Hu and Li Da were digging out ant nests. Pei Chuan went downstairs to throw garbage and passed that corner.

Li Da smiled and said, "Chen Hu, you are not happy these days. Is it because Fang Minjun is gone, ah?"

"If you like her, go tell her ah, or send her home after school."

Chen Hu sulked, "I'd like to, but my cousin says 'distance brings attraction’. Girls don't like slimy boys. If you get too close, she will treat you like a brother. When I grow up tall and handsome, then I'll go find Minmin."

Pei Chuan clenched his polybag and waited for them to leave before he walked out and threw the trash away.

The next day after school, Bei Yao found that Pei Chuan, who had already made up with her, didn't wait for her and left alone.

Bei Yao had been having a sense of crisis lately. Because as far as she could remember, Pei Chuan's parents had divorced in middle school. But, it seemed that they were not having any yet.

Another example was that Fang Minjun's looks would now start to change, and Hong Kong star Chang Xue would fall off the altar because of being involved in someone else's family.

And Bei Yao...she finally had memories of her first year of high school.

She looked at her fair and soft face in the mirror. 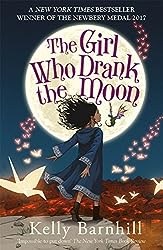 In her memory, after this winter...she would start to transform like a butterfly breaking out of its cocoon.

The memories were too fuzzy and distant. Bei Yao even wondered if she would really turn into the stunning flower of the high school?