CHAPTER: Punishing One Person As A Warning To Others

Wen Qing sent Mo Yao a 'Possessed By Unfortunate God' red packet and did not pay any heed to the matter again. While she was busy studying, she also had to deal with company affairs. Father Ji had promised to give her a small company to practice when she finishes the college entrance examination. Of course, Wen Qing felt delighted. After learning the theory for so long, she could finally practice it herself!

During that time when Ye Tian recovered his memory. Wen Qing let him go, unconcerned. She believed that Ye Tian wouldn't have anything to do with Mo Yao unless his head was kicked by a donkey. Without the humanoid plug-in Ye Tian, Mo Yao was definitely no match for her! Well, in fact, Ye Tian was also no match for her. It just saved her a lot of trouble!

Ye Tian, who was very sad to leave, solemnly promised Wen Qing. "I will definitely come back."

No one asked him to come back! Wen Qing did not take it seriously and soon put this matter behind, immersing herself in learning. Every time she mastered a skill, she would have an unparalleled sense of accomplishment, making her enjoy it very much.

Mo Dahai was a real gambler. His fingers would itch when he didn't gamble for a day, and he would make small gambling sessions in his neighborhood. He wouldn't have much money left after losing, but after being taken to JinDing by a brother to gamble once, he was blinded by the splendor inside.

Champagne, wine, and beautiful women that were as soft as clouds. This was a place like no other!

Mo Dahai felt that his previous days were dull in contrast. It couldn't even be compared. Mo Dahai plunged into the casino of a higher level, and then...

Lost his underwear, owing JinDing 200, 000. A poor wretch like him naturally could not afford it. Therefore, someone broke his leg, labeled him as coolie, and said he would only be released when he paid the money back.

He thought he had no hope of being released but when he saw Mo Yao's news on the Internet, he noticed that his daughter had become so beautiful!

Mo Yao was taken away by Brother Hu. They were preparing her to be set up and sold for a huge amount. In addition to gambling markets, JinDing also dealt with slave trading. It wasn’t difficult to present Mo Yao and sell her at a good price. But who knew, people weren’t as good as God. When Mo Yao was brought to JinDing, they encountered an anti-pornography party, and JinDing was taken away by the police.

A wise man would know that JinDing had been treated as an example; punishing one person as a warning to others. Mo Yao got frightened. Could it be that the 'Possessed By Unfortunate God' was this harsh? Would it be unfortunate wherever she went?

At this thought, Mo Yao felt some strange excitement. If this was used well, she could also be considered a threat to others!

The second day after she returned home, Mo Yao couldn't wait to go to school, ignoring other people's whispers. Mo Yao circled around Wen Qing and Teacher Qiao several times but what she expected did not happen.

As it turned out, Mo Yao thought too much, the red packet was aimed at her alone, and had no effect on others. Suddenly, another thing happened which caught Mo Yao off guard. During the last class, two policemen suddenly came.

"Mo Yao, you are suspected of abducting underage students and frightening underage girls. Please come with us!”

Mo Yao froze for a moment, "Are you mistaken? What do you mean abducting and frightening underage students?" She's had one bad thing after another happening to her these days. What time does she have to do other things?

The two policemen were impatient and merciless. "Please come with us right now!”

Mo Yao followed them with an uneasy heart. Although the two policemen had tried their best to take care of her privacy, taking her away from the Dean's office instead of her class, the news that Mo Yao was taken away by the police still spread like wildfire.

The students on ground are still relatively simpletons, they thought that she must’ve committed a crime to be taken away by the police! Mo Yao was first exposed for falsely accusing Teacher Qiao, and then taken away by the police. After two days, she was actually in the news broadcast covering anti-pornography. JinDing was a famous, expensive, and luxurious entertainment venue in Lincheng. What nice girl would go there? 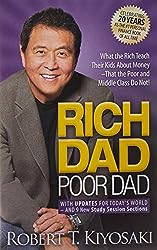 For a period of time, there were many discussions in school. Many people said that Mo Yao did not have any self-respect and discipline. After becoming beautiful, she sold herself to JinDing.

"Oh no, we’ve been classmates with her for half a semester, we won't catch any dirty diseases, would we?”

"Better safe than sorry. Let's go to the hospital for examination!"

To this, Wen Qing could only say that the effect of 'Possessed By Unfortunate God' is too good. Mo Yao only appeared in JinDing for a moment and was photographed! Oh well, why was she so careless? (￣▽￣)~*