The movie would be released tomorrow, and he could already envision the front-page headline of Entertainment News: 'Actor Tao Ran absent from the premiere of the movie due to drunk driving'.

Then there will be a lot of scolding on the Internet saying his character is not good, and that he started being rampant before he became famous. If someone took a photo of him drinking with Bai Shaohui, the caption would be: 'Bai family's young master meeting a beautiful male star at night and spending a huge amount of money to entice the man to his bed.'

Or, 'Bai family's elders and young ones have become obsessed with immorality, conquering both men and women'.”

Tao Ran was scared thinking about it. He leaned on the car window, batted his eye at the traffic policeman and said, "Brother, just let me go."

The young traffic policeman immediately got goosebumps. He said, "I will let you go, then I will sue you for assaulting the police."

"..." The young traffic policeman's partner's face was green, and he said with shock, "You are so young and handsome. Can't you just be a man and have some face? Just because you want a face, you can’t be detained?”

Tao Ran said sincerely, "My profession is a bit special, so I can't have scandals."

"Drunk driving must be investigated." The traffic police said. "No profession is reason enough to just let it go, and you definitely aren't the president.”

Tao Ran was very unhappy. “You were just saying that I am a young and handsome guy while sizing me up. You're going to keep me close to you for a few days for 'comfort', right? "

A suspicious blush appeared on the Traffic Police man's face, and he said, "I can't just allow you to go. You can simply call someone to bail you out."

He blew into the measuring instrument. The traffic policeman took a closer look, and said with an angry face, "The alcohol content is so low, what are you so nervous about?"

"Yes." The traffic policeman issued a ticket and said, "A fine of three hundred."

After paying the fine, the traffic policeman said again, "Come out of the car."

"What are you doing?" Tao Ran warned. "Didn't you say that I don’t need to be detained?"

"There was no need to detain you, but the driver's license must be temporarily detained for one month." The traffic policeman ruthlessly said. "You take a taxi and go home. The car will be towed away."

Tao Ran stood on the street in the middle of the night and let out a cold breath while watching his car being towed away.

The traffic police brother saw him looking pitifully and said, "Would you like to call a friend to pick you up?"

"Hi~ I'm Tony, I'm busy right now, please leave me a message if there is something important..."

Tao Ran put down the phone and said, crying without tears, "No one is answering the phone."

The traffic police brother asked, "You only have one friend?"

Tao Ran: "It hasn't been long since I came here. I don’t have any company in this strange city..."

"Tsk." The little brother pointed to a name in the address book and said, "This, who is Miss Long? The remarks are so affectionate, call her."

Long Qiu, who was again working overtime until the evening, once again received a call from Tao Ran, "Little Apple, do you want to bring me dinner?"

“No, ah.. Miss Long, can you come and pick me up?" Tao Ran was standing in the streets and the wind kept blowing making his voice slightly faint, "I was drunk driving and my driver's license has been detained.”

Long Qiu was silent for a long while and asked: "Where are you?"

Tao Ran turned his head towards the traffic policemen. "Where am I?"

The traffic policeman took the phone and said, "He is at the traffic light in the pedestrian street in the city center… Yes… Yes, right here..."

"Okay." The phone was returned to Tao Ran. "Remember not to drink and drive next time."

"Yes, yes, thanks for the government's teachings. I will definitely take it as an example."

When Long Qiu arrived at the place, she saw Tao Ran standing alone on the street with wind blown hair. His hair was messy, like an abandoned stray cat.

"Get in the car." Long Qiu opened the window and said. "Why didn’t you call Tony?"

Tao Ran quickly got into the car shivering. "Tony wasn’t answering his phone so I can only call you."

When they were already on the road, Long Qiu thought for a while and asked, "Where is Cui Xiao? Aren’t you with her?”

Tao Ran didn't know what excuses he should make, so he could only say, "I don't like her."

She didn't know why, but when she heard this sentence Long Qiu was a little happy. She said, "Although I threatened you to approach Cui Xiao, I won't object to you being together with her."

Tao Ran said it so confidently that Long Qiu had an illusion that because he had someone he liked, he was sure that he didn't like Cui Xiao. Tao Ran didn't know that Long Qiu's brain had made up so many scenarios already. But Tao Ran was only thinking that since he was really a woman at heart, he would never like Cui Xiao.

"President Long, will you be going to this year's Film Festival?" Tao Ran asked. "Tony said I was invited."

Long Qiu thought for a while and said, "I don't know if Bai Shaohui will go."

Tao Ran didn't bother to speak immediately. Now, Bai Shaohui already knows himself so well, and Bai Shaohui doesn't like you at all.

Long Qiu drove the car downstairs to Tao Ran's house, Tao Ran was annoyed and angry because he couldn't stand Long Qiu's unrequited love. He got out of the car and walked towards the building without saying a word. Long Qiu said from the car, "Why aren’t you talking? Aren’t you going to invite me up for a cup of coffee?”

Tao Ran turned to look at her. "Humph!"

Then he turned around and quickly left for the elevator.

After working overtime, and driving out to pick Tao Ran, Long Qiu felt a little hungry. This Tao Ran is too disgusting. I worked so hard to pick him up, still he dared to ignore me? Doesn’t he know who the Boss is?

The more Long Qiu thought about it, the more angry she became. She hated the way Tao Ran ignored her. She parked the car and went upstairs aggressively. She had lived in this house and vacated it for Tao Ran, and her name was still written on the real estate certificate, so she could go inside the house whenever she wanted to.

Tao Ran regretted what he did as soon as he entered the door. He even dared to snub Long Qiu. What if Long Qiu gets angry and kicks me out and asks me to go back and continue dancing? He had regretted it for two minutes before the doorbell rang.

It was Long Qiu. Tao Ran opened the door and asked, "Why did you come up?"

Long Qiu raised her chin slightly and answered back haughtily, “This is my house, why can’t I come in?”

Tao Ran was sweating, Long Qiu was a little naive when it came to this kind of confrontation.

Long Qiu went straight to the living room and sat on the couch, she looked up at Tao Ran like an uncle at the head of the table. "I'm hungry, cook some noodles and put two poached eggs."

"This...It's none of your business if I want to get fat." Long Qiu said with a proud expression. "Do you dare not do it? Be careful or I will kick you."

Ma Ye, this young child. Tao Ran rolled his eyes and went into the kitchen to cook noodles. Long Qiu got up and leaned against the kitchen door and said, "Cook more."

Tao Ran added one more pack of noodles to the pot while saying, "You'll be fat to death."

Tao Ran boiled a large pot of noodles and used a big soup bowl to give for Long Qiu. A large bowl of clear soup noodles was covered with two golden poached eggs, Tao Ran brought the noodles to her on the table. "Hurry up, eat it and leave."

Long Qiu poked her chopsticks a few times inside the bowl and said, "I’m done eating."

Tao Ran was so angry, he stood up with his hands on his hips and glared at Long Qiu. "Didn't you say you wanted me to cook more?"

"I was very hungry a while back, but now I am not very hungry anymore. I can only eat half of it." Long Qiu was expressionless.

"Then you have to eat it. If you can't eat it all, then throw it out.”

Long Qiu raised her head and said, "It's really shameful to just waste it."

Tao Ran was about to collapse. "Then what do you want to do?"

"I’ll just be merciful and let you eat with me." Long Qiu said: "I will give you half of the noodles."

Tao Ran turned to the kitchen to get another bowl and chopsticks. Long Qiu couldn't help showing a tricky smile. She was the CEO of Star Entertainment. She must not allow her employees to be disrespectful to her. Since Tao Ran dared to humph her, he must prepare to accept her retaliation. 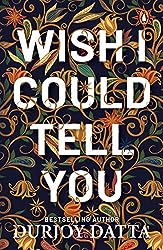 Tao Ran took a bowl and split Long Qiu’s noodles. He was also very hungry. After dividing the noodles, Long Qiu gave Tao Ran the other poached egg in the bowl, and Tao Ran looked at her speechlessly. Long Qiu glared at him and said, "What are you looking at? You want me to eat two poached eggs at night. Do you want to make me fat?"