Tao Ran quit the Jinjiang interface at this ending that made her panic. As a veteran reader, Tao Ran could be said to have read countless books. She began to read Mary Sue novels the year she graduated from elementary school. She later became so obsessed with X-point writing that she couldn’t extricate herself before finally moving on to pure romance novels. Frankly speaking, there was no novel she hadn’t read as long as it was Chinese.

Many years later, when she started working, her preferences returned to that of Mary Sue novels. It is said that there is a cycle of preference, and she didn’t even think about the quality. However the cycle has passed, yet the content of the novel remains the same.

The male protagonist always regards the perfect woman as nothing, and blindly chases after the female protagonist with various shortcomings. Tao Ran had no opinion on this point. After all, radishes and cabbages have their own type. But why is it impossible for a beautiful and attractive woman to be with the male lead?

For example, in this novel, the villainess was a beautiful woman with no shortage of money and status. For no particular reason, after seeing the male lead in a crowd, she fell in love at first sight. She loved him so much that she couldn’t extricate herself. After the male lead fell in love with the Xiaobai female lead, the jealous villainess used various means to persecute the female lead and finally, successfully tossed herself into prison.

Tao Ran couldn't understand this kind of thinking. She thought to herself that if she was the villainess, no matter how excellent the male lead is, she would not pay attention to him.

As her colleague dragged her out of her inner world, Tao Ran saw that it was time to get off work. She smiled and said, "Some other time, I want to rest early today."

"Okay, see you tomorrow." Her colleague stepped on her high-heeled shoes and walked away.

Life was too dull. Just as Tao Ran was about to turn off the computer and go home, her mobile phone suddenly rang. When she took it out, she saw a few large green characters appearing on the screen.

"Do you want to understand the meaning of life and really feel alive?"

At that moment, the feeling in Tao Ran's heart was indescribable. She did not hesitate to click “No”.

In an instant, the dark screen lit up again and the green characters reappeared.

"Do you wish to change the fate of the villainess?"

Tao Ran's mood became more complicated. Sure enough, people who read novels have more opportunities than those who read genuine novels. She was a little excited, but still clicked “No”, and the screen went dark again.

Young people in today's society are too impulsive. Should a woman as calm as herself be extinct soon?

The screen lit up again, and Tao Ran looked at the horrible green characters on it, thinking about how persistent viruses were these days.

"Don’t you really want to think about it?"

Tao Ran didn't think about it and didn't press No. She just directly pressed the shutdown button. Then her eyes went dark, and she lost consciousness.

After waking up, she found herself bound to a system called Xiaomei. Xiaomei's appearance was a panda with leaves on its head. It told Tao Ran with its lovely voice that her task was to rescue and reform the villainess, and to protect the lives and property of the people.

"Congratulations for being the chosen one. Are you ready? We are going to set off.”

"Wait!!", Tao Ran hurriedly said. "I want to know why you bound me. Doesn’t your system require the host's consent when binding the host?"

The small eyes under the black circles of panda Xiaomei blinked a few times before saying innocently, "You agreed.

"No, you agreed." Panda Xiaomei hugged her chubby body and said, "Our procedure is, shutting down means agreeing by default."

"Crook! This is a crooked system!" Tao Ran rushed over to pull the panda's fur. "I want to go home. I just paid the down payment on the house and it hasn't been renovated yet..."

Panda Xiaomei said helplessly, "I am a system, not a real panda. What's the use of pulling my hair? We are both adults. Why don’t you calm down first so we can sit down and have a chat? I am your system, and I will try my best to help you."

Tao Ran let go of Xiaomei's fur, sat in front of it and insisted, "I want to go home.

"You can go back home, but not now." Panda Xiaomei took a thick stack of paper out of nowhere and said while turning, "You have agreed to the system's invitation, and that means you have signed a contract with the system. Failure to complete the task is a breach of contract and carries a penalty, which is very expensive."

Tao Ran thought for a while and asked, "How much is it?"

"Why not just make it a whole number, since you can afford to make it so much? Are you still short of these two Yuan? You are such a tyrant. You cheated me to sign this unequal contract without my knowledge..."

While Tao Ran was still frantically complaining, and Panda Xiaomei said quietly, "If you complete all the tasks, the system will credit the same amount of RMB to your actual account..."

"Okay!" Tao Ran took hold of panda Xiaomei's paw affectionately. "Just tell me what you want me to do. It's important to rehabilitate the vicious woman to protect the people's lives and property, right? No problem at all. Let's go now. "

As a well-informed system, this was the first time Xiaomei had seen such a brazen person.

There was a sparkle in Tao Ran’s eyes as her ears buzzed with excitement. She had already thought about it. After she becomes the villainess, she would definitely ignore the male lead. She would live happily and have a wonderful life as the villainess.

As the snow in front of them disappeared, Tao Ran gradually saw the scene in front of her. At the moment, she was in a narrow space surrounded by walls, and her buttocks were sitting on a ring. To be precise, she was in a toilet.

She had just pulled up her pants and pushed the door open, when a man appeared in front of her.

The man was rather handsome, but not her type so she said calmly, "Sir, this is the ladies’ room. What are you doing here?"

The man stared at Tao Ran blankly for a few seconds, scolded her for having a mental disorder, then pushed the door and went into the toilet.

Tao Ran said with a look of disgust, "Who is this breaking into the ladies’ room with so much confidence?"

"Uh, host. Your dear Xiaomei reminds you that it is better to accept the memory of the original body first."

So Tao Ran began to accept the memory of the original body, which dumbfounded her. Why? This was really the men's room.

Unlike Tao Ran's imagination, she didn't transmigrate to become the villainess Long Qiu, but instead as the cannon fodder Tao Ran with the same name and surname as her.

"System." Tao Ran looked at the outstanding young man in the mirror and almost cried out: "I don't want to be a man."

Tao Ran leaned on the wall and sighed, "Okay, I'll try my best. But you have to tell me. How can I influence Long Qiu as a cannon fodder?"

"This is the case. Female villains only become wicked because they fall in love with the male lead. So in theory, as long as they don't like the male lead anymore, they would no longer be wicked."

"Understood." Tao Ran made up her mind. She turned on the tap and washed her face, telling herself that she must hold on for the money.

The sound of toilet flushing was heard. The man walked out, looking at Tao Ran, who was washing his face, with a guarded expression: "Are you also here for the Star Entertainment audition?"

Tao Ran turned around and said with a smile that she considered most manly: "Yes, you too?"

"I am." Then he said, "You... washed all the makeup on your face. You don’t need it for the audition?

"..." Tao Ran maintained his smile, "Yes, I think I am already handsome without makeup, and the makeup was a little bit seductive, which is unfair to other applicants."

Yes, today was the day Tao Ran came to Star Entertainment for an audition. After that, he successfully signed into Star Entertainment with his outstanding acting skills and appearance. Then he was favored by Long Qiu and landed his first drama in a big production as the male lead. The female lead was Cui Xiao. Tao Ran's real mission was to seduce Cui Xiao and destroy her relationship with Bai Shaohui. 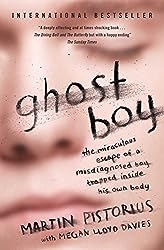 Outside the interview hall, there was a long line of handsome men and beautiful women. Everyone was well-dressed and made up delicately. In a scene like this, it was a bit out of place to see someone like Tao Ran whose hairstyle was ruined by water and had no make-up on. As soon as he appeared, he attracted the attention of many people.