If someone had told her something so ridiculous before this, she might have thought it was a joke. But now a cat popped out of a stone bowl that only she could see. She even saw the “filth” behind her grandmother that no one could see, so she couldn’t help but believe what the cat said.

Tang Susu wasn’t stupid, rather, in the Tang family where everyone disliked her, she could barely live comfortably because she usually thought about it enough.

The answer wasn’t hard to guess.

The stone bowl was a relic of her mother, so who else could do all this but her mother?

Her mother was madly infatuated with her father, and even though she knew the man didn’t love her, she still refused to let go. Tang Susu could now see that the Tang family did not truly accept her mother as she thought they would. But in the past, the old master and the old lady were very good to her mother.

However, this goodness came to an abrupt end after her mother’s death, and their attitude was as if they hated that person enough to wish for her never having existed.

Did they really like this eldest daughter-in-law, or was there some reason they had to do this?

The doubts that had haunted her for years were finally resolved in this moment.

“Meow, are you unhappy? It’s actually worth it. Although you have lost a little lifespan, the bowl is yours. I agree that the bowl looks a bit broken, but it’s actually quite useful.” The little black cat saw that her face looked really ugly, and knowing that it had said the wrong thing, the cat hurried to remedy the situation.

‘Hey, times have changed. It’s not so easy to come out with a master that can feed it, ah! How can you let it go so easily?’

The little black cat remembered the miserable situation of having starved for years and finally having to fall into a deep sleep to prevent being starved to death, and couldn’t help but lament a bit.

“Will I be able to get my life back?”

Tang Susu leaned back on the seat, her arm was supporting her forehead. She tilted her head and stared blankly at the scenery outside the window. ‘Almost used up....’

So, since shortly after she was born, her mother had taken her lifespan to trade for the glory and riches of the Tang family?

In the eyes of her mother, where did she stand as the daughter?

“Before my mother died, didn’t she try to get some more riches for the Tang family?” Tang Susu suddenly spoke out and asked.

“...She did want to. But after I woke up, the stone bowl was under my control. Since you’re the one who owns it, I didn’t give my consent when she wanted to use your lifespan without permission.” The little black cat carefully stole a glance at Tang Susu’s expression. It didn’t quite understand human emotions, but it still noticed that the new owner looked really sad.

“It turns out that she really did…” Tang Susu laughed aloud, but what was hidden under that laugh was the deep sorrow in her heart.

Knowing the hidden truth from the mouth of the little black cat, Tang Susu had mixed feelings. Her mother was very strict with her when she was young, and always had a cold and indifferent attitude towards her. Tang Susu had always thought that her mother’s personality was as such, but she still loved her daughter in her heart. However, now she found out that it was all her self-deception.

She probably did not have a good life in her fate. Her luck was already not good in the case of parents, but now she might even die earlier.

She was 24-years-old this year, and her other 20 years of lifespan has been stolen. Even if she was lucky enough to live till the age of 74, she was now left with only 30 years.

She was still so young, and her life began to count down, it was so sad to think about.

“Don’t be sad, 20 years of life is a long time for a human. And as long as the bowl is in your hands, you’ll be able to make it up back in the future.” The little black cat jumped onto her shoulder and raised a paw to pat her face.

In the little black cat’s mouth, the bowl with unknown origins was described as wondrous. However, Tang Susu was really skeptical about it.

But just like the little cat said, using twenty years of lifespan for a different life wasn’t necessarily a bad thing.

She comforted herself a little before starting the car, and planned to go for a nice meal later.

The blue sports car struggled to crawl at 50mph on the curvy mountain road, overtaken by passing cars from time to time. As it approached the corner, a red Ferrari suddenly rushed out from behind, and almost in the blink of an eye, the Ferrari crashed towards the guardrail at the corner.

By the time Tang Susu realized what had happened, the car was already arcing brilliantly through the air and falling out of her sight.

She pulled over to the other side of the road, walked around the curve where the accident had occurred, and looked down at the Ferrari, which was completely wrecked.

The little black cat jumped onto her shoulder at some point and scanned down the hill, “Strange, why is there an evil spirit here?”

“What’s wrong with that?” Tang Susu stretched her neck for a long time, but she couldn’t see what the spirit looked like, so she could only give up.

“The people underneath are tainted with an evil spirit. If they won’t die, they’ll be crippled at the least.”

Tang Susu raised her eyebrows, feeling the need to let the little black cat give her some “common sense” when she gets home. First, she saw a filth in the Tang family that could give people a headache, and now here came the evil spirit that killed people. It was her first time to know that the world is so dangerous.

But first, she needed to call the police, as well as an ambulance. 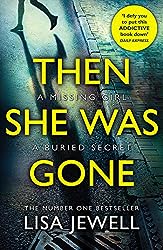 Before leaving, she heard that the owner of the Ferrari was still in the hospital, and it was still unknown whether he would live through tomorrow.

The first thing Tang Susu did when she got home was to put the stone bowl in her bedroom and lit incense sticks for the little black cat’s dinner, as it had requested.

She took out three incense sticks, she had just bought, from a plastic bag and lit them before placing them on the rim of the bowl. As a result, she came back after the meal to find a table full of small incense segments. Apparently, the incense sticks hadn’t worked and had been shot to pieces.

The little black cat exhaled and curled up like a ball in the bowl, exuding a breath of displeasure.

“What’s wrong? Aren’t you hungry?” Tang Susu asked in a soft tone as she was very patient towards the little furry thing.

“This incense doesn’t taste good at all! It’s dry, bitter and astringent!”

“Aren’t all incense like that?” Tang Susu with her common palates couldn’t understand the other party’s peculiar taste.

“Of course not, my favorite ambergris tastes especially good!” The little black cat emphasized the taste to show its dissatisfaction with the rations prepared by Tang Susu.

Tang Susu silently Baidu the price of ambergris, then resolutely closed the interface and clicked on Taobao to place an order for a one-kilo pack of kitten milk cake.

She felt that the previous question of asking what the little black cat wanted to eat was simply wrong.

Since it’s a cat, it’s better to eat cat food.